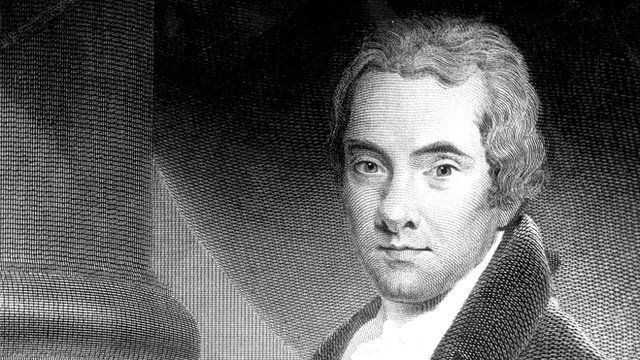 Notes to the Evaluator

For this project, the speaker was to present a famous speech, using voice and gestures/ body movements to express the original speaker’s meaning and emotions. It is suggested you read the project and the appendix before the presentation.

I choose this particular speech becasue i was looking for something British, Male,  not Churchill, would require minimum editting to keep within time, and still resonated today. I nearly choose Earl Spencer eulogy for his sister Diana, Princess of Wales.

The British slave trade lasted 245 years over which 12,000 slaving voyages saw 3.5 million Africans enslaved and transported to the West Indies.  In total European nations enslaived 12 million people of which the Portuguese accounted for 5 million. in 1807 the British abolished it.

Eighteen years earlier William Wilberforce rose to the dispatch box to address Parliament. In his introduction he makes clear that he is not here to use passion and to accuse individuals. He is going to lay his case out before Parliament under who authority we all live. If there is guilt then we are all guilty. He is in awe of the magnitude of the case he is making and asks allowance for his own abilities in making that case.

Having now disposed of the first part of this subject, I must speak of the transit of the slaves in the West Indies. This I confess, in my own opinion, is the most wretched part of the whole subject. So much misery condensed in so little room, is more than the human imagination had ever before conceived. I will not accuse the Liverpool merchants: I will allow them, nay, I will believe them to be men of humanity; and I will therefore believe, if it were not for the enormous magnitude and extent of the evil which distracts their attention from individual cases, and makes them think generally, and therefore less feelingly on the subject, they would never have persisted in the trade.

I verily believe therefore, if the wretchedness of any one of the many hundred Negroes stowed in each ship could be brought before their view, and remain within the sight of the African Merchant, that there is no one among them whose heart would bear it. Let any one imagine to himself 6 or 700 of these wretches chained two and two, surrounded with every object that is nauseous and disgusting, diseased, and struggling under every kind of wretchedness! How can we bear to think of such a scene as this?

One would think it had been determined to heap upon them all the varieties of bodily pain, for the purpose of blunting the feelings of the mind; and yet, in this very point (to show the power of human prejudice) the situation of the slaves has been described by Mr. Norris, one of the Liverpool delegates, in a manner which, I am sure will convince the House how interest can draw a film across the eyes, so thick, that total blindness could do no more; and how it is our duty therefore to trust not to the reasonings of interested men, or to their way of colouring a transaction. “Their apartments,” says Mr. Norris, “are fitted up as much for their advantage as circumstances will admit.

The right ancle of one, indeed is connected with the left ancle of another by a small iron fetter, and if they are turbulent, by another on their wrists. They have several meals a day; some of their own country provisions, with the best sauces of African cookery; and by way of variety, another meal of pulse, &c. according to European taste.

After breakfast they have water to wash themselves, while their apartments are perfumed with frankincense and lime-juice. Before dinner, they are amused after the manner of their country. The song and dance are promoted,” and, as if the whole was really a scene of pleasure and dissipation it is added, that games of chance are furnished. “The men play and sing, while the women and girls make fanciful ornaments with beads, which they are plentifully supplied with.”

Such is the sort of strain in which the Liverpool delegates, and particularly Mr. Norris, gave evidence before the Privy Council. What will the House think when, by the concurring testimony of other witnesses, the true history is laid open.

The slaves, who are sometimes described as rejoicing at their captivity, are so wrung with misery at leaving their country, that it is the constant practice to set sail at night, lest they should be sensible of their departure. The pulse which Mr. Norris talks of are horse beans; and the scantiness, both of water and provision, was suggested by the very legislature of Jamaica in the report of their committee, to be a subject that called for the interference of parliament.

Mr. Norris talks of frankincense and lime juice; when surgeons tell you the slaves are stowed so close, that there is not room to tread among them: and when you have it in evidence from sir George Yonge, that even in a ship which wanted 200 of her complement, the stench was intolerable.

The song and the dance, says Mr. Norris, are promoted. It had been more fair, perhaps, if he had explained that word promoted. The truth is, that for the sake of exercise, these miserable wretches, loaded with chains, oppressed with disease and wretchedness, are forced to dance by the terror of the lash, and sometimes by the actual use of it. “I,” says one of the other evidences, “was employed to dance the men, while another person danced the women.” Such, then is the meaning of the word promoted; and it may be observed too, with respect to food, that an instrument is sometimes carried out, in order to force them to eat which is the same sort of proof how much they enjoy themselves in that instance also.

As to their singing, what shall we say when we are told that their songs are songs of lamentation upon their departure which, while they sing, are always in tears, insomuch that one captain (more humane as I should conceive him, therefore, than the rest) threatened one of the women with a flogging, because the mournfulness of her song was too painful for his feelings. In order, however, not to trust too much to any sort of description, I will call the attention of the House to one species of evidence which is absolutely infallible.

Death, at least, is a sure ground of evidence, and the proportion of deaths will not only confirm, but if possible will even aggravate our suspicion of their misery in the transit. It will be found, upon an average of all the ships of which evidence has been given at the Privy Council, that exclusive of those who perish before they sail, not less than 12½ per cent perish in the passage. Besides these, the Jamaica report tells you, that not less than 4½ per cent die on shore before the day of sale, which is only a week or two from the time of landing.

One third more die in the seasoning, and this in a country exactly like their own, where they are healthy and happy as some of the evidences would pretend. The diseases, however, which they contract on shipboard, the astringent washes which are to hide their wounds, and the mischievous tricks used to make them up for sale, are, as the Jamaica report says, (a most precious and valuable report, which I shall often have to advert to) one principle cause of this mortality.

Upon the whole, however, here is a mortality of about 50 per cent and this among Negroes who are not bought unless (as the phrase is with cattle) they are sound in wind and limb. How then can the House refuse its belief to the multiplied testimonies before the Privy Council, of the savage treatment of the Negroes in the middle passage? Nay, indeed, what need is there of any evidence? The number of deaths speaks for itself, and makes all such enquiry superfluous.

As soon as ever I had arrived thus far in my investigation of the slave trade, I confess to you sir, so enormous so dreadful, so irremediable did its wickedness appear that my own mind was completely made up for the abolition. A trade founded in iniquity, and carried on as this was, must be abolished, let the policy be what it might,-let the consequences be what they would, I from this time determined that I would never rest till I had effected its abolition.

This is my final project for the Interpretive Reading manual. I’ve found it immensely interesting and fun. I must admit I find it really really hard to practice and rehease other peoples writting as my brain keeps getting ahead to finish sentences as i would finish them.

A group of eminent parliamentarians and constitutional experts have been asked to nominate their favourite speech from Westminster, to commemorate 750 years of English parliaments.

William Wilberforce (24 August 1759 – 29 July 1833) was an English politician, philanthropist, and a leader of the movement to abolish the slave trade. A native of Kingston upon Hull, Yorkshire, he began his political career in 1780, eventually becoming the independent Member of Parliament for Yorkshire (1784–1812). In 1785, he became an Evangelical Christian, which resulted in major changes to his lifestyle and a lifelong concern for reform.

In 1787, he came into contact with Thomas Clarkson and a group of anti-slave-trade activists, including Granville Sharp, Hannah More and Charles Middleton. They persuaded Wilberforce to take on the cause of abolition, and he soon became one of the leading English abolitionists. He headed the parliamentary campaign against the British slave trade for twenty years until the passage of the Slave Trade Act of 1807.

Wilberforce was convinced of the importance of religion, morality and education. He championed causes and campaigns such as the Society for the Suppression of Vice, British missionary work in India, the creation of a free colony in Sierra Leone, the foundation of the Church Mission Society, and the Society for the Prevention of Cruelty to Animals. His underlying conservatism led him to support politically and socially controversial legislation, and resulted in criticism that he was ignoring injustices at home while campaigning for the enslaved abroad.

In later years, Wilberforce supported the campaign for the complete abolition of slavery, and continued his involvement after 1826, when he resigned from Parliament because of his failing health. That campaign led to the Slavery Abolition Act 1833, which abolished slavery in most of the British Empire; Wilberforce died just three days after hearing that the passage of the Act through Parliament was assured. He was buried in Westminster Abbey, close to his friend William Pitt.