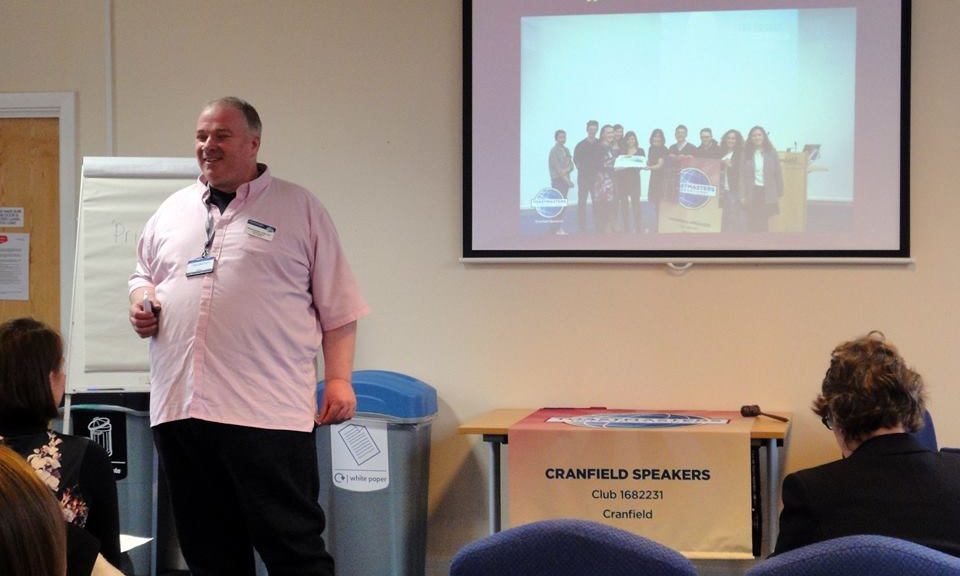 Analyzing and Presenting Your Results

What I learned from managing Speechcraft from Daniel Sandars

Have you ever thought about leadership? It is as hard to grasp as El Dorado. However, bad leadership is all too obvious. It has been said Leadership is the capacity to translate visions into reality!

For Toastmasters a High Performance Leadership Project is about developing a mission, vision, goal-setting, planning, identifying values, and building a team. It forms part of the requirements for the Advanced Leader Silver award.

Speechcraft is a success communication workshop that is delivered over 4-8 sessions. It delivers in distilled form one third to two thirds of the competent Communicator and Competent Leader manuals. The key educational mechanisms are experiential learning by doing, constructive peer feedback, and supportive mentoring.

This winter we delivered Speechcraft to ten University doctoral students from the Cranfield Water Sciences Institute. Judging by the feedback survey we have delivered a good program that met the needs of the students and has seen two of them join the club. The bar chart shows the number of students allotting each score with a score of 6 being the highest. We have produced press releases and have gained significant recognition within District 71 and will be named as one of the main district level contacts for Speechcraft. That is the basis of a good legacy for Cranfield Speakers club.

Toastmaster, fellow Toastmasters and most welcome guests what I want to talk about now is what I’ve learned about as a leader. I’ve learned that motivation is something that you can make happen, that efficient preparation means that you will not be wasting the time of the people you have motivated, and that feedback boosts confidence and confidence boosts trust from others.

These days it seems we all have manic schedules, dozens of competing conflicting demands for our attention and time all wrapped up in digital tethers pumping information in and energy out of our lives 24/7. Getting a lot of time from people to support what you want to do is mission impossible and it felt like that when we first studied the resources required to deliver Speechcraft.

What I found is the if you have a strong mission, clear vision and can make a passionate and positive case you can defy the laws of physics and begin to create energy and time for your project. To give you an example of the motivational challenge I conducted a stakeholder analysis and identified the levels of interest and influence each has. There are key players who are interested and influential. There are those that are influential but not motivated. There are those that are motivated but need help enabling their contributions. For example, John Schell was able to take advantage of a support your community scheme to get time from work.

The next lesson I leaned was that proper conscientious planning not only ensure things run smoothly but it ensure that you don’t waste the time of the very people you have motivated to help. As an example of this I took a risk assessment and identified possible trouble spots and planned mechanisms to help cope. For example we had catch up sessions if participants missed meetings and as a result we had 100% graduation.

The final lesson that I leaned was that one’s own self-belief as a leader impacts the confidence and trust you have.  To illustrate this further the High Performance Leadership Project contains a before and after leadership skills self-assessment. This is mine. Whilst I have learned as a leader I think the strongest effect is that there is a virtuous circle between positive feedback, self-belief, and the confidence the whole team has in the project.

I’ve learned a lot about earning authority to lead by creating motivation, by being prepared, and by developing confidence.

Forbes: you either drive your business or are driven out of it. Euripides: Along with success comes a reputation for wisdom

A company is recruiting and one group of applicants are cannibals. They pass the interviews and are very extensively trained during the inductions not to eat people, especially fellow employees. Their probationary period passes without a hitch and the boss comes around to review them. Their hard working and efficient nature drew much praise, but as the meeting ended the boss asked if anyone had seen one secretaries recently. In unison they all said NO! Later the head of the cannibals grilled the group very closely about the secretary and eventually a hand went up and the head cannibal exploded you stupid fool! You have endangered everything! We’ve dinned for months on managers and now you ruin it by eating someone useful!!