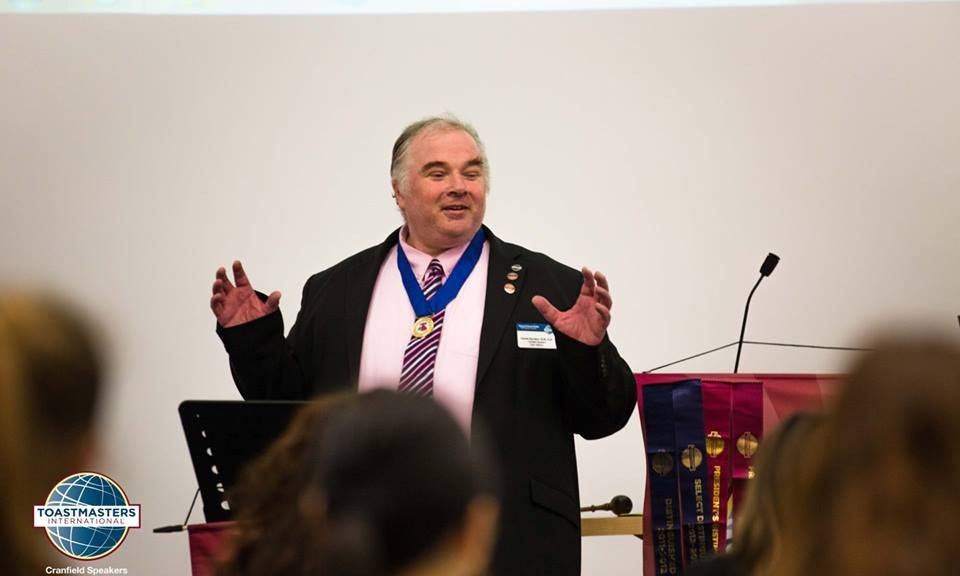 I believe I should be considered for this position because…

The Area Director’s mission is to support their Clubs and the officers of those Clubs deliver the best Toastmasters experience to their members. I share that front line as a serving Club President at Cranfield Speakers and a Club Vice President of Education at Northampton Speakers. My record is a strong testimony of Service, Excellence, Integrity and Respect in the delivery of the Toastmasters Mission supported by good attendance, planning, teamwork, and delivery. In my roles I often go beyond the minimum to leave a strong legacy. I can also diligently dispatch paperwork with little hassle. Cranfield Speakers is headed for its third successive honour of Toastmasters International’s President’s Distinguished Club

Visits to Toastmasters Malta (then Prospective), Bilbao and City CPH Copenhagen as General Evaluator and speaker. The TM Malta club was 5 years into a Chartership attempt and recovering from a very low level. It was un-districted with limited access to experienced Toastmasters.  Collaboration from the Malta visit lead to publicity articles in the District 71 and 59 newsletters raising their profile and potentially attracting more linkages to visiting Toastmasters

Informally the interactions across Facebook between Cranfield Speakers, Toastmasters Malta and other clubs continue to mutually set standards, stoke ambition, and exchange ideas. Toastmasters Malta is now chartered and closing in on forming a second club.