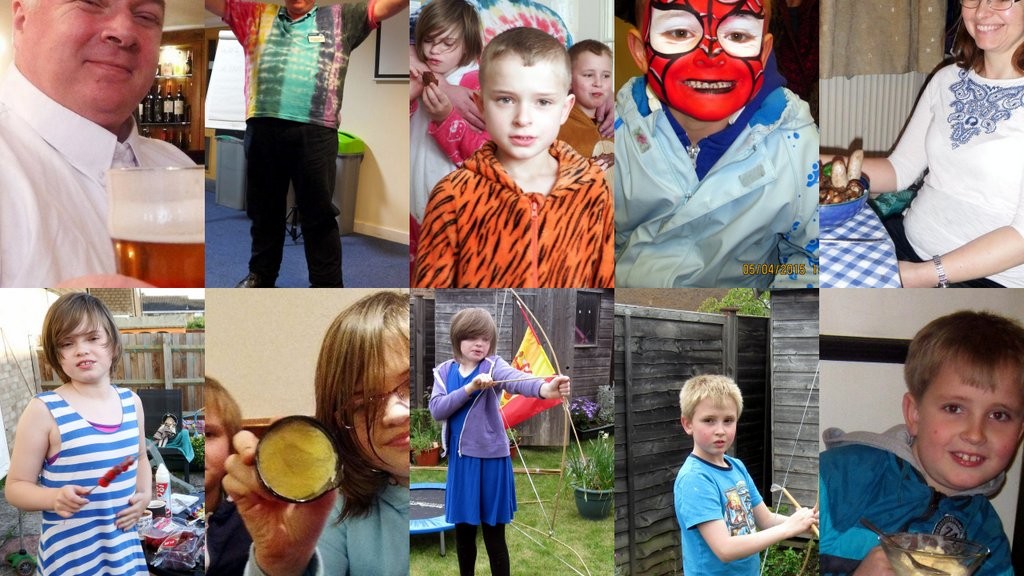 Daniel, Stephanie, Lina, Cornelius and Samuel would like to wish a Merry #Christmas and a Happy New Year to you all.

This year was our big year for a House move of half a mile to obtain a 4th bedroom and to allow the elder two children to commute by themselves to school at the bottom of our close. Our new address is:

It is wonderful to be in our new propper home. Samuel still calls it our new house.  He was, despite teachers preditcions, so delighted with our new home that he has improved considerably. He likes his own bedroom but it is small and he can relax in it  only when it is tidy. Lina has the biggest bedroom in the house which is long and narrow above the garage. We have yet to totally organise it and invite her friends for a sleepover. There is a group of five or six girls who have a great time taking it in turns sleeping over at each others houses and doing a project at each home. Now it is Lina’s turn at the end of January. Cornelius is busy joining bench ball and Taekwondo clubs. His bedroom is nearly as big as our bedroom and needs to be painted because it has a woodchip wall paper and mushroom paint. The house feels even larger than it is because Daniel has moved his desk and computer into the garage which has two doors leading directly into the house. Also there is a small room next to the sitting room. We have lovely neighbours!  Our aims in the long term are to put in a second toilet (hopeful a shower can be included in that). There are other possiblities like a conservatory to make the small room off the sitting room bigger. But…. In the immediate future I have exciting things to get like table lamps and lampshades for the ceiling lights as well as ordinary things like a laundry bin.

Thank you to our wonderful families for supporting us in lots of ways since we got married.