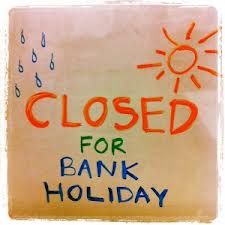 Deep into the holiday season 12 of us meet for a #Bank holiday inspired meeting. The troops rallied to cover all the roles, including visiting Toastmaster Gordon who did a fantastic job as grammarian and ah-counter. Well done Award winners: Gustavo (best speaker and smooth talker), Maria (best table-topics speaker), Esther (best Evaluator), Gordon (General evaluator’s award), and Matt & Minjie (best use of humour award). The next meeting on September 9th is the humorous Speech and Table-topics Contests.

The word of the day was “meticulous” and Gustavo took the smooth talker award. Gordon earned the General Evaluator’s (GE) Award from Matt the GE.

It was Gustavo’s fourth best speaker award in six speeches. On this occasion Gustavo was presenting a leadership speech form The Successful Club Series – Keeping the Commitment entitle “Taking the oath”

Gustavo, like Audrey and our other Masters students are starting to say good by now that their studies are complete. We shall miss them.

The were a further two prepared speeches. The first was from Esther entitled “Joint property” (a CC 3 project -getting to the point) where see used laminated cards to explain the two ways the property can be owned jointly.

The second was From Daniel entitled “My academic reputation development plan” which was the first project (The brief) of the advanced manual on Technical Presentations.

Paul was table topics master and came up with four photographs taken from a recent holiday to Barcelona. The challenge for our speakers was to imagine themselves as a top photographer and explain the thoughts behind each photograph. Very well done to Maria who took best Table-topics Speaker

The evaluators were Maria, Minjie, Esther and Gustavo. The award for best Evaluator went to Esther for her evaluation of Daniel’s speech, having stepped into role at the last minute.

Yahya debutted well in his role as Timekeeper

A brace of smiles all around as Minjie and Matt take the prize, jointly, for best use of humour.

Matt the General Evaluator and Jokemaster

All photo credits to Photoguy Paul

The 1871 Act was repealed 100 years later and its provisions incorporated into the Banking and Financial Dealings Act 1971, which remains the statutory basis for bank holidays.

You can bank on the Brits to waste a Bank Holiday!The August bank holiday will be our last until Christmas Day. But rather than making the most of it, many Brits will fritter the time away unproductively, according to new research from MINTEL. In fact more than one in three (36%) spent the last August bank holiday just watching TV while the same proportion surfed the internet. By comparison, only 14% visited friends and family or went walking in the countryside, while still only one in 10 (10%) took a short break in the UK. And while bank holiday weekends have traditionally been associated with doing a spot of home improvement, MINTEL’s research shows that only 9% undertook any sort of DIY.

“Brits are simply not proactive or spontaneous during their bank holidays, preferring to lounge around the house and catch up with some rest,” comments James McCoy, senior leisure analyst at MINTEL.

“There is still a growing debate around adding an extra bank holiday to the calendar, particularly one that celebrates a shared identity or sense of ‘Britishness’. But for this to work people need to get off the sofa and get involved, much like our overseas counterparts who often celebrate national days with fiestas and carnivals.The fact that we don’t do anything on bank holidays could well reflect this lack of national purpose,” he adds.

Branding Blighty- or England at leastFinding a national day for England could prove difficult as there is no clear front runner in people’s minds. According to MINTEL’s exclusive consumer findings, public opinion is split between St George’s Day (April 23rd) at 41% and Remembrance Day (November 11th) at 38%. Trafalgar Day on October 21st follows with one in five (25%). And despite the massive outpouring of grief at the time of Princess Diana’s death, only one in 10 adults (10%) want to see her commemorated with a day’s holiday.