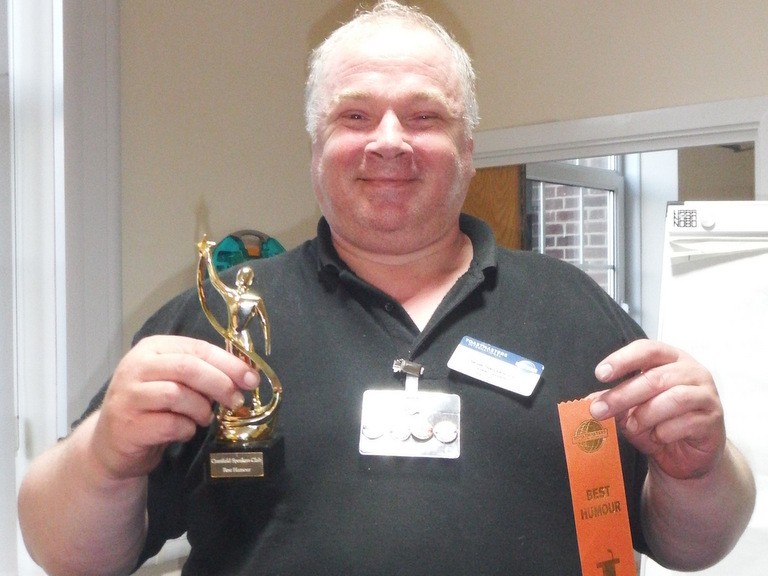 One of Cranfield Speakers’ ‘warm-up’ roles is that of Jokemaster who has 1 minute to Tell a tasteful joke or anecdote.

Here is a joke that I had welded into memory from long ago and found it circulating the internet in various guises. What’s more it helped me win Best use of humour.

Narrative jokes are always far better than one-liners at Toastmasters