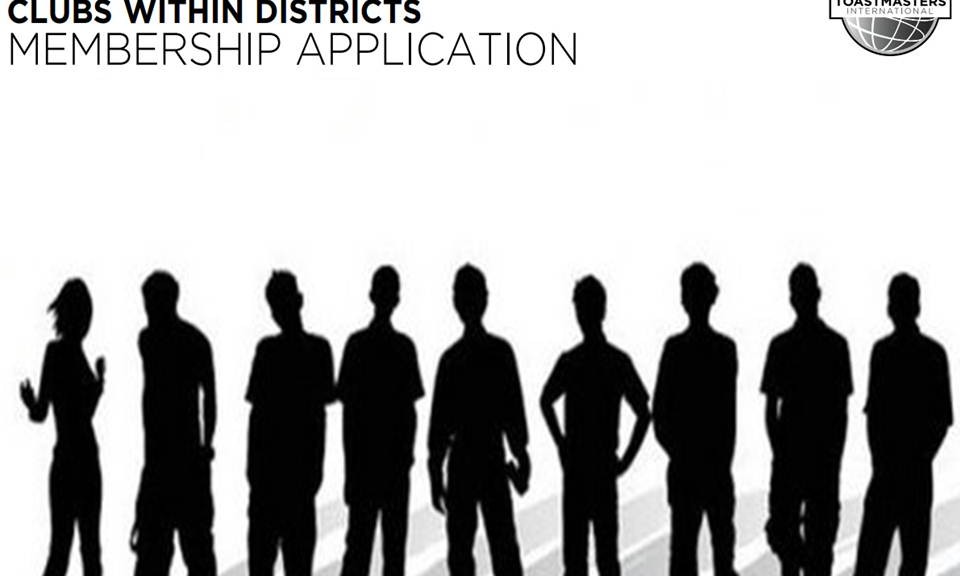 Within the Leadership track of Toastmasters there are several sets of educational speeches designed to help members and officers create a more effective Toastmasters’ experience.

The speech is drawn from the Successful Club Series and pitched at a formative point within the life of prospective club Northampton Speakers. See it on Toastmasters HQ website here:   http://www.toastmasters.org/291

You are given the main concepts and best practices within the speech specification. The challenge for you as a presenter, and any leadership speaker, is to make it come alive, to make it your own by telling it through your own words and life.

Life is either a daring adventure or nothing. Helen Keller Life is a voyage between waypoints or dots. Captain Jack Sparrow had a compass that point the way to his hearts desire where as we have catalytic conversations and experiences that settle our beliefs and direction.

Arriving as a Toastmaster member is a journey no less. Toastmasters, Fellow Toastmasters and most welcome guests I am going to present an educational talk on finding new members for your club. It can be seen as a story of their journey from initial interest to guest to member and our roles as their travel companions.  First I will start with a story of my journey, but you might want to reflect on yours.

My journey towards Toastmasters turned on a conversation. A Conversation with Orlanda Harvey a staff development professional at Cranfield University. I’d formed the strong view that in future scientists will increasingly need to present their ideas on multi media platforms like the best of TED speakers.  Being stuck in a back office with few, but very important, speaking opportunities was a bad situation and that one day intense courses on public speaking theory helped little with practice and perfection of it. What we needed was an on going in house TED fellowship type program.

Nothing came of that then, but in clearing her desk to move on she revisited an earlier email on this concept and joined the dots sending 0me towards Yiorgis, a Cranfield MBA student, who was in the midst of establishing a Toastmasters International club on campus.

A what on campus? However, I got in touch and then came along as a guest. Yiorgis and Jim made tracks to welcome me into the meeting and talk to me about what was going on and then asked me about how it had gone.

I remember being interested by the speaking side but deterred by the procedural ceremonies. I’d been a member of Rotaract, the junior wing of Rotary, and played far too much lip service to procedural Americanised ceremony already. You will be pleased to know that I’ve since “got over it” on that point.

I came again to the next event, which was their charter night and of course that inspired and excited me further.  I got to hear and chat to Professor Sean Rickard a controversial maverick in my field. I also got a promotional earful from a guy who wrote books, had done all things Toastmasters several times over and had done time at her Majesty’s pleasure.  Overall, I left with a positive vibe and that the next big thing was the intake of new students in early October and that august might be a bit thin. I came back in September 2011 and joined. Even then it has taken many well timed nudges from my peers in Toastmasters to get me to engage despite not having a formal mentor as such.

What can we pick out about these stories? [Two mins discussion]

I will tell you what we cannot say. Regardless of the immense marketing and advertising brand strength of Toastmasters International I had not heard of it and did not know that North Bucks Speakers meets closer to where I live than my own office.

Of course I had heard of Toastmasters, Town criers, and Masters of Ceremonies. Yet had I seen some publicity about Toastmasters International then I might have said cute idea I’ll do it one day. The problem with “One day” is I am as flat out busy as Santa Claus on xmas eve trying my hand at golf, crocket, fishing, salsa dancing, ad infinitum.

What I do see is that the central pillar of membership growth is Ambassadorial social networking. Everything else is there to make ambassadors flourish. These ambassadors are everyone. In the words of Dr Ralph C Smedley, the founder, “Let us share the benefits we have gained with others”

Henry King =15, Martin MacManus =20 (a year plus), Ralph Furbish 108 clubs in three year.  At a kick off presentation meeting to 120 HSBC employees – 100 had joined by night fall vying to have their names in Gold as Charter members in perpetuity. Three clubs were Chartered.

What can we do? Talk to people! Show people, Network, Wear the TM pin every day, display the TM magazine, hand out fliers, Conduct a speechcraft workshop, Use social media platforms.    There are various reward mechanisms that can help Conduct Membership contests Aug/Sept Smedley Award, Talk-up Toastmasters Feb/March, Beat the Clock May/June Individual members can be rewarded by sponsors pins and club discounts [Two mins discussion]

In my case it was not just a case of fill in the forms and get stuck in as it might be if I had enrolled into adult education. It has been a slower process of social rapport building between my fellow members of Toastmasters. It is that that has deepened my commitment and motivation. It is not just the possible personal sense of achievement it is also the social sense of engagement.

Using my own experiences of coming to the Toastmasters world together with the quotes and Jack Sparrow opening did set up a really effective context for the speech. Allowing the audience to reflect and consider their own ideas was also good as was my making good use of the stage area. My natural relaxed smile is a bonus.

Where I struggled. I’d rushed this together to fill in a gap in the agenda. I skipped over bits, but they were not essential detail. Towards the end after my planned opener and life story my passion dipped as I was thinking too much about what came next and less about presenting. Having said that near the beginning I was at times too rushed with loss of clarity.

Another area where lack of preparation, specifically practice, affected my delivery was with vocal variety and gestures. I need a strategy or game-plan for fast turn around speeches that includes effective delivery as well as good structure and solid content.

One very specific recommendation was to focus less on the generics of club membership contests and more on the specifics of What is In It For Me (WIFM) for each person in the audience.

Overall good fun to dive head first into this and in so doing qualify for my Advanced Leader Bronze bar completing my Competent Leadership.

I’d created a Facebook discussion to get hard evidence for the effectiveness of membership initiatives. I discovered Ralph Furbish who has over a three year period chartered 108 clubs. Many many good ideas in his kick-off meeting game plan

Great key take out for many a toastmasters meeting

A pdf that picks up many of the same ideas