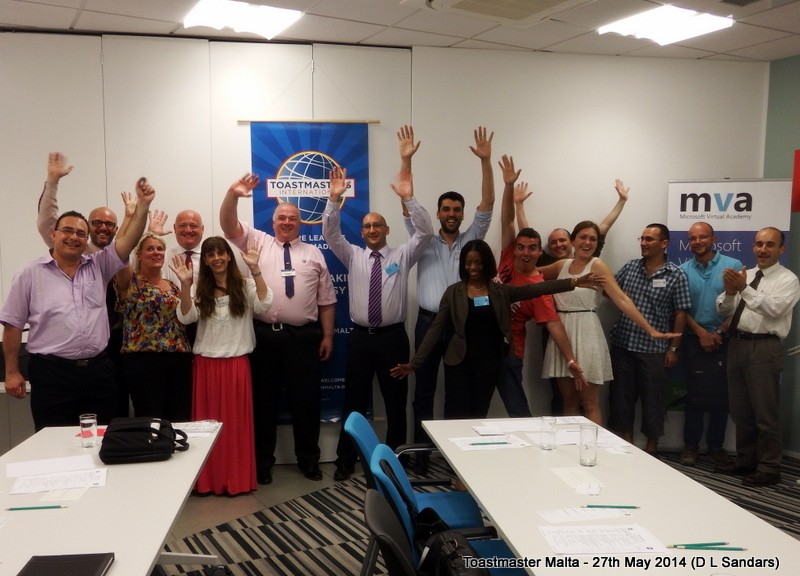 This was my first ever visit to a Toastmasters club outside my own Area, let alone District. My wife Stephanie and I went together and had a good night out altogether. It was fun and really educational. hint: skip to bottom for photo galleries

The prospective club Toastmaster Malta is Malta’s only Toastmasters club within a small island nation of 400,000  inhabitants.  They were founded four years ago and are slowly building-up towards full charter-ship. Although un-districted they work closely with District 59 and are the only club in their area and in their division. Thus, visiting Toastmasters offer a wonderful opportunity for interaction and mutual learning.  If passing do go visit!

The venue is the wonderful new and prestigious Skyparks building just outside of Malta’s international airport at Luqa. It was very easy to find with efficient car parking. We found we needed to check in at reception to obtain elevator permission to access the 5th floor and the Microsoft Innovation Centre.

Twelve Toastmasters, one visiting Toastmaster, and five welcome guests attended. This night was originally planned as an informal practice session between 3-4 members but was scaled up very quickly to a special full meeting planned to take advantage of Daniel’s visit. We had four speeches. There was one educational advances leadership speech and three prepared speeches from the Competent Communicator manual.

In the table topics we had questions like “what is your message for the world?”, “the sudden noise from the garage?”, “is it better never to try than to fail?”, “is it ever better to take instinctive risks?”. Overall there were six table topic speakers chosen by random numbers . Special mention goes to the people conducting meeting roles: Norman (Toastmaster of the Evening), Mark (President and Evaluator), Marcus (Timekeeper), Roderick (Table Topics Master) Kenneth (Evaluator), Daniel (Evalautor) Martina (Sergeant at arms) and Johan (General Evaluator).

The awards went to Sarinca for best Speaker and Marcus for best Table Topics Speaker.

Overall the standards were high! Stephanie and Daniel wish Toastmaster Malta every good luck in reaching chartership and gaining the recognition and rewards they well deserve.

Ivan was a fellow guest at Toastmaster Malta, but he had also been a guest at Cranfield Speakers in February, whilst at Cranfield University. We may have a very high turnover of student members at Cranfield Speakers that can make the club and its meetings hard to manage, but we get a global alumni network! Few Toastmasters clubs can claim that! At the end of the meeting the Club President Mark and Toastmaster of the Evening entertained my wife and I to light bites and drinks in the classy and atmospheric Bistro afterwards before we dashed away to catch the boat back to the Island of Gozo with many great memories and new friends. 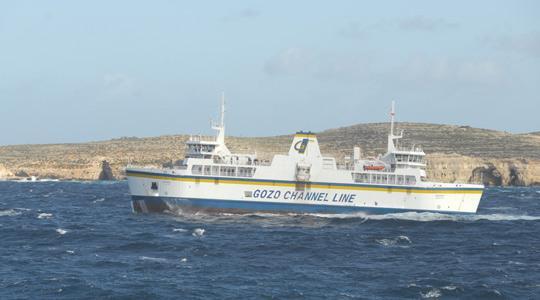 Cranfield Speakers meets on the 2nd and 4th Wednesday of the Month at 18:00 in the Learning and Development Room (First Floor), Building 33 (Chapel Entrance), Cranfield University, Bedfordshire, MK16 9BT, United Kingdom. Email cranfieldtm@gmail.com Like us www.facebook.com/cranfieldtoastmasters

The poignancy of this visit

One of the very special reasons for wanting to bring my skills to Toastmaster Malta is that it completes a personal journey. Two years earlier Toastmasters had given me the skills to cope with the sudden public speaking demands following my father death in my parents adopted homeland of Malta. I lead my brother in reading over the coffin at the funeral in Sannat (Gozo). I then prepared a Eulogy as a club speech (project 3 Competent Communicator)  see here . The Eulogy was presented at memorial reception in London and later on at a fundraising memorial garden party (co hosted by Rotary Gozo) at my parents home in Xewkija.

To be proactively involved in my fathers mourning gave me a very purposeful and positive sense of closure and resolution of grief. Last year a state of the art heart monitor was given to Gozo Hospital.

I learned a lot by the contrast in agendas between Malta and Cranfield. Here are some of my observations

Vive la différence as they say, but I for one noticed the increase in intensity, finding myself giving a 15 minute leadership speech, listening for seven minutes to a speech that I had to evaluate, then listening to my own evaluation for three minutes, and then a further three minutes giving my evaluation. In two hours fifteen minutes Malta got through one educational speech, three prepared speeches, and six table topic speeches plus all their evaluations. In Cranfield that would be two hours 40 minutes.  I did miss the opportunity to mull over my evaluation reports during the longer network break at Cranfield.

The Travelling Toastmaster is a section in the Toastmaster magazine devoted to photos of the magazine travelling to exotic locations. For fun we took a few in and around Gozo.

Daniel Sandars CC, a Toastmaster at Cranfield Speakers (http://cranfield.d71.org), and his wife Stephanie took a night out from their family holiday on the Island of Gozo in Malta to visit Toastmasters Malta (http://tmmalta.tmclub.eu). Daniel has a very emotional relation to Malta where he gave an eulogy speech for which Toastmasters helped him prepare. His visit might trigger Malta chartering its first club and potentially becoming one of the countries joining D59 in the future.

Daniel Sandars, a Toastmaster at Cranfield Speakers and his wife Stephanie took a night out from their
family holiday on the Island of Gozo in Malta to visit Toastmasters Malta. http://tmmalta.tmclub.eu
Daniel delivered one of the Successful Club series of educational speeches “Evaluate to Motivate”
with methods and models drawn from the practices used at Cranfield Speakers.