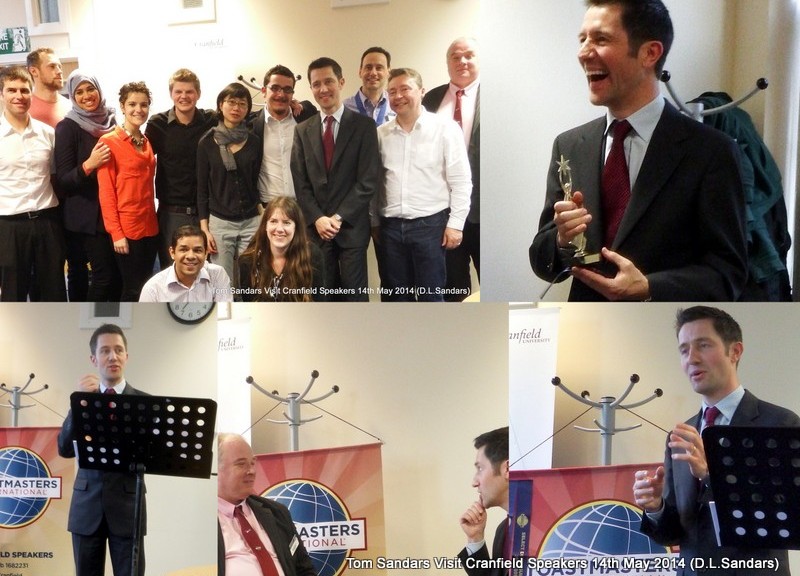 Flirted! Fondled! Seduced! The art of great oratory is how it leaves you feeling. One of many powerful messages from Tom’s educational speech.

As Jokemaster, Karel warmed the night up with a joke hinged around his favourite excuses for not handing homework and assignments in. If his zip drive hasn’t just blown up then his printer has just caught a virus and is in strict quarantine, but in the limit on medical grounds it comes down to sore eyes, eyes that never sore a good reason to do the work in the first place.

Becky and her son Dylan choose a selection of toys to inspire the table topics sessions. Their evaluator was Amaia.  Becky named her topics speakers:

Amaia’s evaluation picked out good approaches and great messages in the session. She recommended that Tom would improve with greater use of the stage area, that John didn’t need to stress the detailed model numbers of his toy cars, and that mention of Toystory would gave Buzz light-year a better context.

The were four prepared speeches including Tom’s educational Speech:

It went very well and the club really had chance to pull together.  We had a very last minute drop out which were soon covered by other members. Adaptability is a sign of a good Toastmaster in the making

We had a late doubt about the capacity of the venue and the number coming. We decided to stick to our main venue as other option were looking complicated. In the end a good number of the long distance visitors were no shows. It proved wise to stay put and we were rewarded by fewer but much more motivated guests,

Overall I think the event has raised profile of the club, certainly in the Toastmaster world, but also on campus and maybe into the local community.

I really enjoyed it and feel very inspired to go forward.