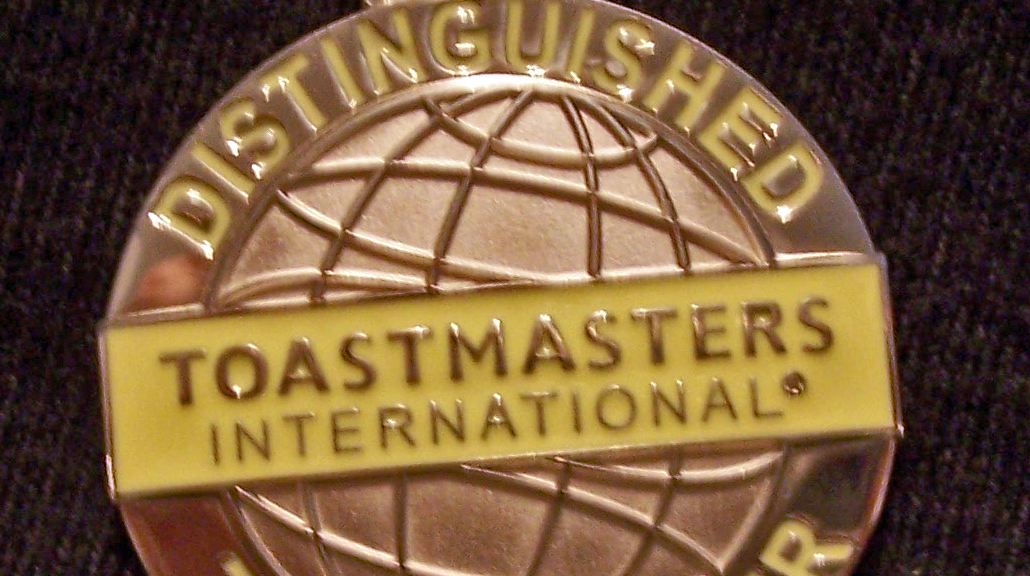 At Tonight’s meeting eight Toastmasters and three welcome guests witnessed Jim earn his Advanced Communicator Gold and his Distinguished Toastmaster. Prizes were: The Humour Award went to Minjie, The Speech Award was shared between Jim and Minjie, The Tabletopics Award went to Amani, The Evaluator Award went to Karel, and Jim added smooth talker award. The club welcomed Atma back from his two month long wedding (Congratulations Atma) in India, flying in over night to arrive just in time to open up the venue tonight and step into role as president’s deputy, vice president education, and evaluator. The Next meeting is the 23rd of April and Karel has kindly offered to be Toastmaster of the Evening.

Jim told a hilarious joke about a guy with a singing frog and an iguana. He could win bets in pubs by getting either of them to sing any named songs. A businessman insisted that he buy the iguana for $3000, which the owner agreed to reluctantly. Another man in the bar approached the guy saying he was a fool and that he could have got far more than $3000. The first guy said the frog that I still own is worth far more that the iguana ever was as he is also a ventriloquist!!

Allison took on the roles of Topicsmaster for the first time and set each contestant a parable to speak about hidden on the wrapper of one of 5 bars of chocolate:

Minjie gave us our first prepared speech entitled “The Chinese Take Away”. She gave us a fun talk that contained three important take-aways about china: 1)there are a vast number of dialects and hers sounds closer to Japanese than most, 2)that her modest home town by the coast is home to 16 million people, and 3) Chinese cuisine is vastly more diverse than that typified by Chinese restaurants in the UK. This speech was the second from the Competent Communicator manual

“What can you do about it?” was the talk given by Jim for his fifth and final speech from the advanced manual “Persuasive Speaking” He gave a staggering review of the statistics of road death in the UK (>5 a day). He put forward the case that the Institute of Advanced Motorists could give drivers, especially young inexperienced drivers they need to stay alive and to keep others alive on the road.  Jim has recently retaken their test and gone on to qualify as an observer. The discounts on passing and the quality of the resources to support training make a strong financial case for joining.

Maria was our Grammarian and Ah-counter and set the word shower as word of the day. It was used in many of its guises during the meeting, such as showers of applause. Paul W did a real competent job as Timekeeper on his first appearance in that role. Daniel covered Toastmaster of the Evening, Sergeant at Arms, and Tabletopics evaluator. Atma covered Vice President of Education, President’s deputy, and Speech evaluator. Finally, Jim covered Joke-master and General Evaluator.

The Next meeting is the 23rd of April and Karel has kindly offered to be Toastmaster of the Evening.