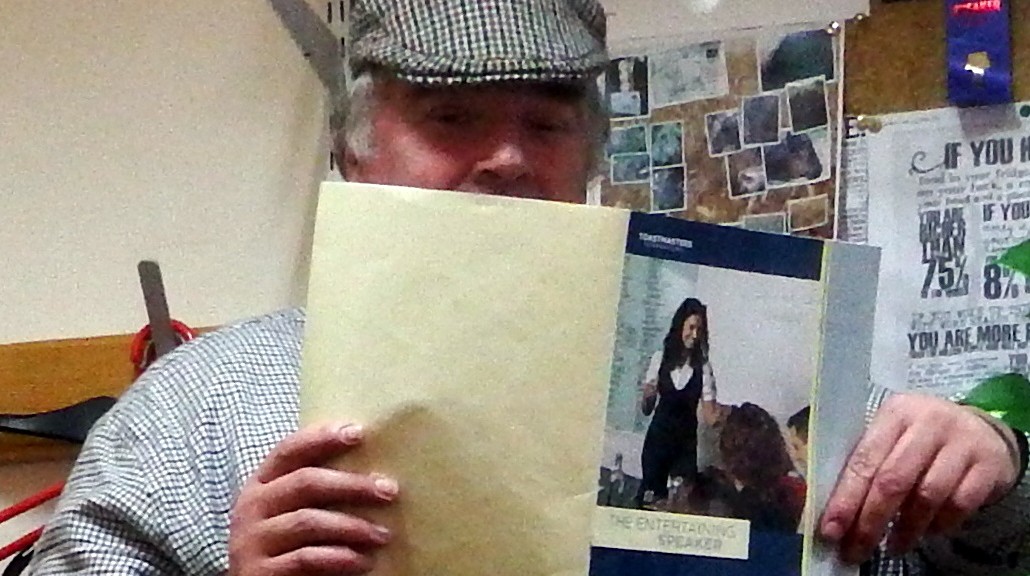 Prepare a humorous speech drawn from your own experience.

Strengthen the speech by adapting and personalizing humorous material from outside sources.

Farmers?  What are Farmers? I will tell you what farmers are!  Farmers are outstanding in their fields and many have a very well developed sense of humous.

I began pottering around a farm aged three under the watch of old farmer Garner senior because his old age resulted in us pottering at the same speed! I have since speeded up, but that is hopeful.

He had an old Morris pick up van that was held together with binder twine and rust. One afternoon whilst returning to farm from tending the outlying stock I had turned round in my seat to converse better.  We turned into the lane and I promptly flew backwards out of the car and went tumbling into the grass verge. No fuss, yet beneath the dry surface I am sure he was thinking “that knocked some sense into the daft kid” 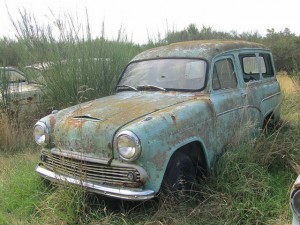 British Farmers may have given up horses to work the land, but they haven’t given up on horseplay!

Farmers, especially young farmers and their cars are laden with character and legend. One lad had a beaten up diesel truck with blowing exhaust and the cylinders taking turns to fail compression and freeload on the others. The damn thing would never just tick over and had to be perpetually nursed with the accelerator. However, one night in Leicester whilst stuck at a traffic light the Ferrari in the next lane starts pulsing his throttle as well. The yuppie thinks Hillbilly hot rod, he thinks Dukes of Hazard, he thinks whisky still under the bonnet, race he thinks.

Green go….screeching rubber, clouds of smoke and they are off. Straight through the next lights on amber. Exactly 15 seconds later the Police in their jam sandwich at the next lights are not amused. History does not record the thoughts of the yuppie driver ten minutes later as the farmer and his truck trundle past billowing smoke whilst the Yuppie is being nicked for speeding. 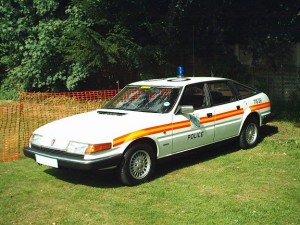 You should never mess with authority! However, one young farmer on having his car fail MOT for corrosion on its chassis members took said car into workshop and cut out all corroded chassis members. The car passed with flying colours. Chassis member absent wasn’t on the list of fail-able items. Smart!

That car’s distinguished career went further when the young farmer rigged up the compressor from a broken sprayer via the fan belt into the air intake manifold. Genius! It lasted over 10 miles and did them very quickly before the head blew of the engine block. Undaunted by this set back he rebuilt the engine and this time found an industrial truck turbo charger and promptly fitted it into the passenger seat. It lasted only eight miles, but it did them far faster and the bang from the engine that was heard across seven counties! Legend! 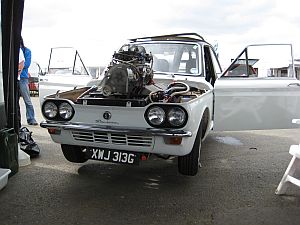 Cars are often one of the first things a young farmer owns that can make an impression on the other sex. One young farmer, as practical as ever, opted for loads leg over space and curtains for added privacy. Many a young girl’s father begged differ, that image was also important, when he pulled in to pick up their daughter in a rehabilitated hearse! 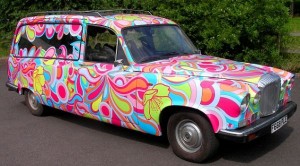 A farm lad was once smitten by a new lass from a family of townies just moved into the village. As luck would have it his mother had got talking to her mother at church and soon an invitation to visit the new family came his way. He wasn’t quite an uncouth youth with only one suit, but was very, very, very nervous about making the right impression. They welcomed him into their house wearing their Sunday best and ushered him into an immaculate, fragile looking, bone china furnished dining room.

The lass of his dreams appeared dressing white with sun shining in her hair which was tied back with an azure ribbon. She welcomed him and said that she had helped her mother cook her favourite meal of pasta in creamy asparagus sauce served with fine Italian bread. For desert she had spoken to his mother and cooked his favourite desert –Rhubarb Crumble!

He marvelled at how the whole family used their spoons to twirl up neat little balls of pasta.  He was sweating it now as his attempts to eat pasta saw it go all over the table, and all over his face and clothes.

He survived somehow. The wreckage was cleared up. His amorata reappeared, beaming with pride, carrying her home made Rhubarb Crumble. She served him a helping and with her whole family looking on she invited him to try it. He enthusiastically dug a great spoonful out and tucked in. His face whole face went numb. On the second mouthful his toes curled and his eyes oozed tears. His beloved asked what he thought of her creation. So with her and the whole of her family hanging on his every world he mustered himself to say it was so good there should be a law against it! Indeed a law was needed as it took over two pints of clean water for sensation to return to his body.

Now if he had been at Toastmasters, he would have skilled in the diplomacy of evaluation and said “This is a Fantastic Rhubarb Crumble for your very first first one. The only minor thing I can suggest to make it world class is a touch of sugar, say about three kilos” 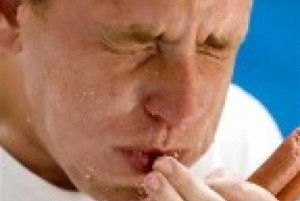 How to be a stand up comedian

Andrew Stanton: The clues to a great story

This farmer has about 200 hens, but no rooster, and he wants chicks. So he goes down the road to the next farmer and asks if he has a rooster.

The other farmer says, “Yeah, I’ve got this great rooster, named Clint (short for Clinton). He’ll
service every chicken you got, no problem.”

Well, Clint the rooster is expensive, but the farmer decides he’s worth it. So he buys Clint. The farmer takes Clint home and sets him down in the barnyard.

Giving the rooster a pep talk, “Clint, I want you to pace yourself now. You’ve got a lot of chickens to service here, and you cost me a lot of money. I’ll need you to do a good job. So, take your time and have some fun,” the farmer says
with a chuckle.

Clint seems to understand, so the farmer points
toward the henhouse and Clint takes off like a shot.

WHAM! He nails every hen in there THREE or FOUR times, and the farmer is just shocked. Clint runs out of the hen house and sees a flock of geese down by the lake, and WHAM! He gets all the geese.

Clint’s up in the pigpen, he’s in with the cows. Clint is jumping on every animal the farmer owns.

The farmer is distraught, worried that his expensive rooster won’t even last the day. Sure enough, the farmer goes to bed and wakes up the next day to find Clint stiff as a doornail, stone cold, in the middle of the yard. Buzzards are
circling overhead. The farmer, saddened by the loss of such a colorful animal, shakes his head and says, “Oh, Clint, I told you to pace yourself. I tried to get you to slow down, now look what you’ve done to yourself.”

Clint opens one eye, nods toward the sky and says, “Shhh, they’re getting closer….”