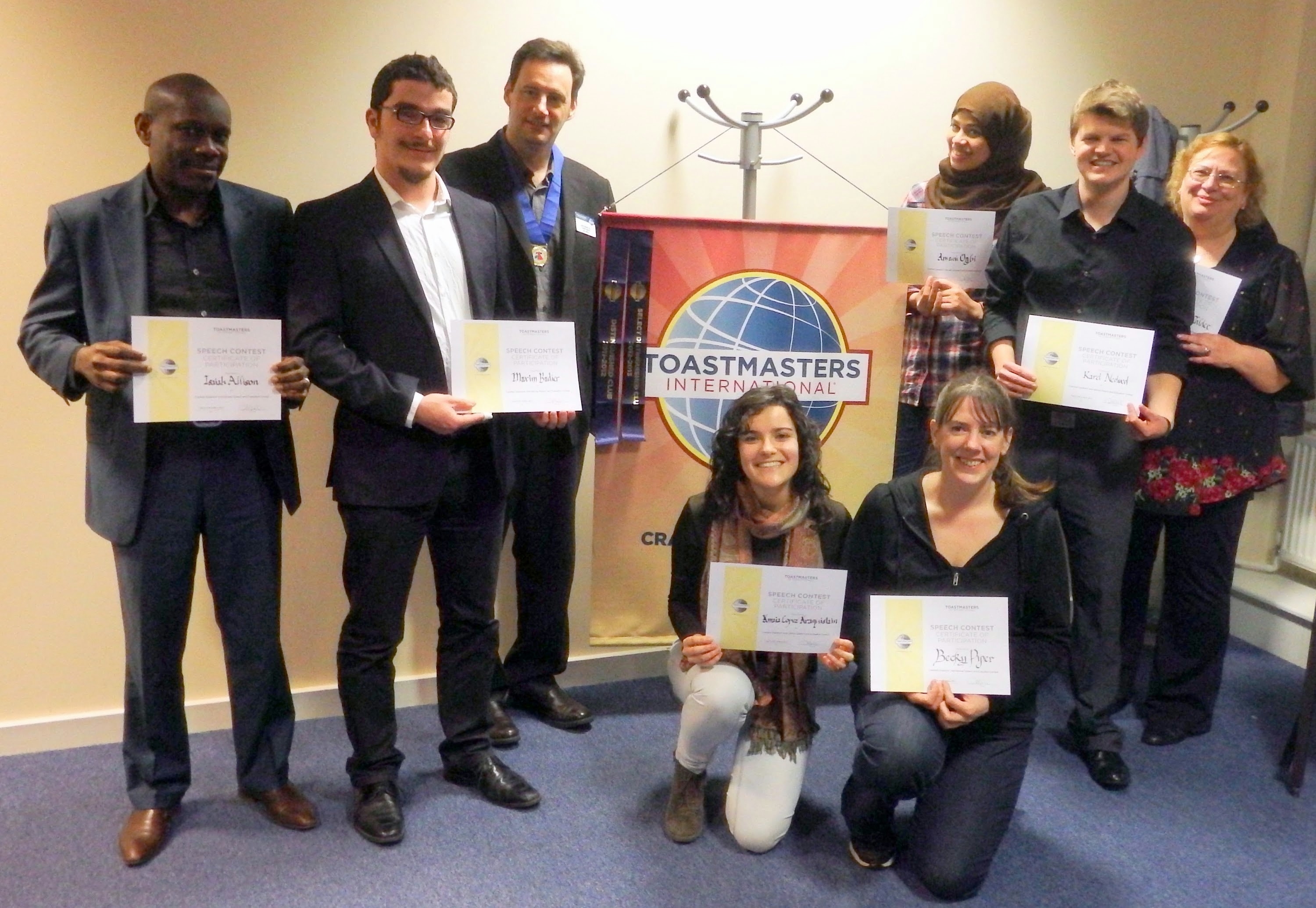 A big step up in responsibility, but one that I enjoyed overall. From a slow tentative interest we built the contest up to a full capacity (nearly 40) night that saw FIVE International Speech Contestants and THREE Evaluation Contestants with SIX visiting Toastmasters supporting the club.

The best of Luck representing Cranfield Speakers at the Area 44 Competition On Saturday 29th of March, 1pm at the CMRI building on Cranfield Campus, and beyond.

The mystery Target Speech for the Evaluation contest

Wanda G: “The golden girl.”
Wanda’s talk explored her fascination and awe with gold in things and rocks and turned that around to the discovery of the hidden gold within each of us and the potential for us to refine our golden gifts.

Contestants: Rosemarie C, Maxime B, and Amaia L A

At the club level of contests Tabletopics can be a handy time filler whilst the judging, scoring and evaluator note taking takes place. I initially ran with the “on this day in history” theme then went for a few additional old favourites.

The club recognised and thanked the visiting Toastmasters who had supported the club by taking on a role with small chocolate gifts from Roccco Chocolatiers of London.

The club recognised the contest participants with a certificate of participation. My wife, Stephanie, and her mum used calligraphy to name each certificate. They used a Gothic script.

The final act of the night was to thank all of those who worked in a role, such as timekeepers, counters, ushers, sergeant at arms.

Much pre-planning to get things organised. Pays to get a chief judge appointed early with good connections outside of the club. Takes a while to get people motivated. I made my first visits to other clubs to see how contests work and to raise profile of Cranfield Speakers in the locality to get a few return visits. You need a lot of goodwill from people to man all the roles. It can go big as people draw in their friends! Trophies need to be ordered. Contestants need chance to read the rules and study the judging criteria. I have to thank Susie B for doing such a comprehensive job digesting everything down into check lists and briefing sheets.