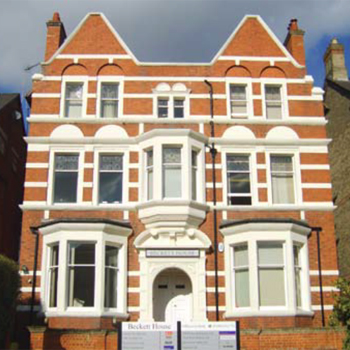 It was a great pleasure tonight for me to go to Northampton and to be given a chance at tabletopics.

Under Sue’s lead fifteen fellow toastmasters and three welcome guests gathered tonight in the boardroom of 53 Billing Road for the debut demonstration of Northampton Speakers. The venue lies just off town centre with easy access from the South East and Bedford. Car parking was easy and the venue feels safe and secure with cosy kitchenette facilities for coffee during the network break.

There were two prepared speeches and five people took part in the tabletopics session. Graham kept the score as timekeeper.

John S introduced Roy, who give an icebreaker speech. Roy succeeded in giving us a great and light-hearted insight into himself with a talk entitled “My life – already”. A comedy of errors and accidents might have been another equally apt title. Roy related how industrial nuts and bolts machinery had nipped the tips of his fingers, how motor bikes had inadvertently obeyed the laws of physics, and how the sea often threatened to get too deep to walk back to shore in.  Unlike King Cnut the tide did listen to Roy’s advice and not get any deeper.

Next up was Dave who introduced Jim with his advanced persuasive speech. Jim put forward the compelling case that young motorists serious need to consider passing the advanced driving exam of the Institute of Advanced motorists in a talk entitled “What price for a life”. Five people a day are killed on British roads.  Many of those death are due to inexperience and youth, especially amongst male drivers. Jim is a recently qualified observer for the Institute of Advanced Motorists and they currently offer a £70 rebate for the £149 annual fee for all those under 26 who pass. Financially, the young gain the most with their lives and also with lower insurance and motor breakdown premiums. Thus, indeed what price for a life?

The tabletopics session was led by Val who choose classic Toastmaster tabletopics competition questions. John D told us that the time he would most like to go back to is Operation Market garden (Sunday 17 September 1944) and follow XXX Corps in its failed attempt to reach Arnhem and relieve the Paras for his book. Daniel, when given a choice to save just one thing at 2am as his house burned down, would wake his wife and give her the same choice to pass on to their daughter and so on until the youngest boy is saved [with his prized toy car]. Dagamara, if given one superpower, would like everyone on to stop and consider what is truly important in life [rather than merely urgent]. If Red could rule the world then out would go technology and we would go back to a simple time where live centred on people and relationships. Peace and peace within relationships from the ubiquitous problems and issues would be Jenny’s wish.

Red took honours as tabletopics winner. This was the only competitive element of the night.

The night was well received by the guests. One remark was that it was impressive to see many of the ideas of public speaking that are taught [and as soon forgotten] in the typical intensive one-two day workshops manifestly embedded as part of Toastmaster’s speaking skills.