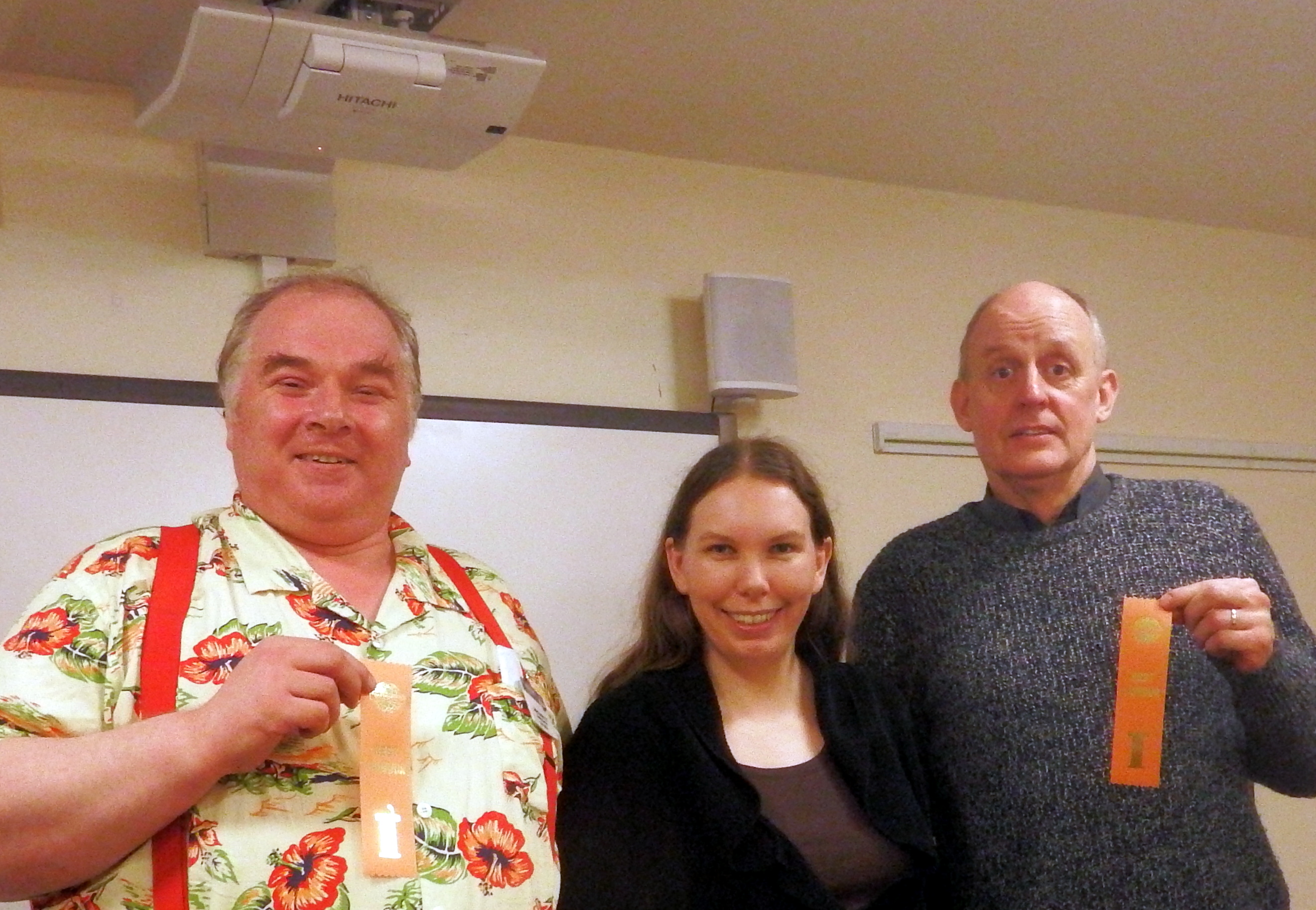 Mac nearly swept the board winning Table-topics speaker and shared the Humour award with Daniel. Sue presided over Northampton Speakers’ second meeting with five welcome guests and four visiting Toastmasters at the Billing Road venue. There were two prepared speeches with Dave A giving his Icebreaker speech and Sue giving a trial of her competition speech called Magic Words. 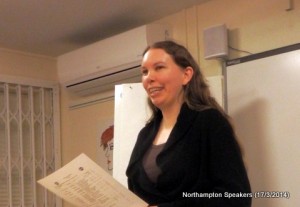 The St Patrick day theme was picked up by Daniel as Toastmaster and Topics master.

The Word of the Day was Banshee, a loan word in the English language taken from the Irish meaning Female Fairy. A little challenging for easy use, but Mac described driving, with his wife, through France like a Banshee.

Daniel got the laugh with his joke about the savvy ditzy blond who got a Mayfair bank to securely park her priceless Mercedes as security for a fortnight in return for £15.50 interest on a £5000 loan.

[Our] Dave A gave his icebreaker charting his life from Leeds in Yorkshire as a builder’s son down to Northampton to learn his trade in Engineering. From there he made his mark in history the day he signed the marriage register before embarking on parenthood and a role in nurturing the next generation as both father and school governor. Along the way he learned the meaning of looking busy was to working hard to find the opportunities and nurture the future.

Lynda A evaluated Dave picking out the wonderful job he did of telling us about his life with a lovely story telling style and great body language.

Our second talk was given by Sue on the subject of “magic words” that described how in youth magic words like Abracadabra and even please didn’t really work for Sue. Naturally a quiet and reserved woman Sue found in later in life some words did begin to weave magic like the progressive ability to be able to communicate for herself and find help in the form of Toastmasters. That kind of magic started to bring a dream job and a dream man into her life.

Dave M evaluated Sue and drew attention to the very strong use of triads (the power of three) in both the structure of the talk and how Sue used the stage area. In this case three bits of the floor/stage were claimed for three magic spells.

In the St Patrick’s Day Table-topics session we had 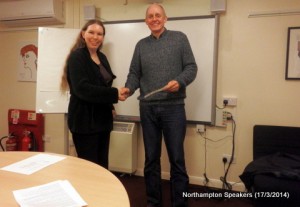 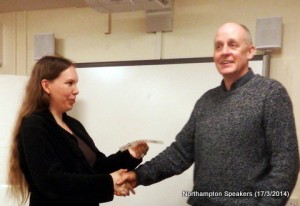 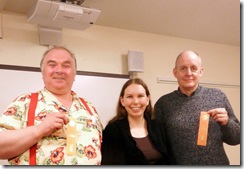 Our timekeepers for the night were Noor and Steven.

Sue has the opportunity to appear on radio Northampton with a new member of the club. She also began to take soundings for the first committee of the club, describing each role in turn