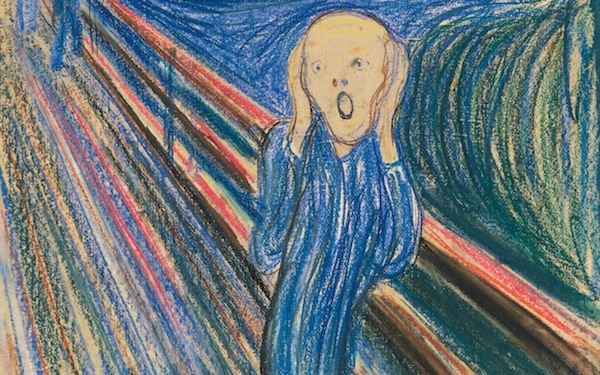 Humorous or dramatic material from sources other than personal experience; Adapt material to suit the topic, personality, and the audience; Use entertaining material to convey a serious message.
Introduction: Reflections on the meaning and instructions of life

“42,…. 42 that is The Answer to the Ultimate Question of Life, The Universe, and Everything!”  Norman Stanley Fletcher doing his porridge in prison didn’t know that nor had he heard of The Hitchhiker’s Guide to the Galaxy and Douglas Adams, but he learnt how to survive. “One – bide your time. Two – keep your nose clean. And don’t let the bastards grind you down – Three.”

Toastmaster, fellow toastmasters and most welcome guests existential answers and some instructions for living are much coveted. I am going to start with a bunny rabbit and take you to a mountain precipice.

“One day, the fuzzy bunny woke up into the bright sunshine and fresh green scents of Spring, and thought, “I wonder what the meaning of life is.”

So he hopped over to where the wise old owl roosted, and thumped on the tree until she opened one bleary eye and said “What?”

“Owl, I’ve heard that you’re the wisest animal in the forest. What is the meaning of life?”

“The meaning of life is not disturbing people while they’re sleeping, because otherwise they might wake up grumpy and eat you! Now go away and let me sleep.” [Phew that is a bad case of Irritable Owl Syndrome]

So the fuzzy bunny hopped away, pondering what he had said.

The fuzzy little bunny stopped a little later to nibble on some clover, and realized after a moment that there was a sly fox watching him intently from the bushes. He wasn’t sure the owl had taken him seriously, so he decided to get a second opinion, and with his reputation for being sly, the fox might know.

So the fuzzy bunny took a deep breath, since his mother had told him never to go near the foxes, and shouted his question over to the fox, “Do you know the meaning of life?”

The fox cocked his head, and said “What was that? I can’t hear you.”

The fuzzy bunny was nervous, but he edged a little bit closer and shouted even louder, “Do you know the meaning of life?”

The fuzzy bunny stared at the sly fox really hard, wondering if he was really that hard of hearing or if he was just being sly. He really wanted to know the answer, though, and sly was almost as good as wise, so he nervously edged a little bit closer, and shouted even louder, “Do you know the meaning of life?”

But again, the fox shook his head and said, “Come closer, little bunny. I can’t hear your question.”

Again, the fuzzy bunny stared at the fox really hard. He was quite close by now, and as he watched, a single drop of drool fell from the fox’s mouth to the dry leaves below.

In an instant, he made his decision, and sprang away. He ran and dodged as fast as his legs could carry him, with the hungry fox in swift pursuit.

When he finally lost the fox, he ran on for a little while for the sheer joy of running, and stopped in a sunny patch of grass for a snack. As he nibbled, he thought about his day.

“The meaning of life is to live to enjoy it,” he decided, and proceeded to do just that.”

The instructions of life are the ideas that stop your life getting bogged down. Everyone loves a social conformist, except themselves!

If it doesn’t work or you hate it then change it because everything in the world is made up and made up by someone on average no smarter than you.

Did you know that for all that divides mankind be it religion, politics, or sport we all believe we are better drivers than the average road user.

So it is with rest of it.

“In the states there is a notoriously successful maize grower repeatedly winning all the prizes at the county shows. Each year he shares out his prize seed corn with all his neighbours. A plucky MBA student challenged him one day saying it was stupid of him sharing as he was giving away his competitive advantage and was sure to be outdone. Ahhh said the farmer maize is wind pollinated so if my neighbours grew inferior maize it would drive down the quality of my own seed corn. I  thrive when I let others do well.”

So to conclude let me allow the 19th century existential philosophers transport you to a tiny precipice on a bleak lonely mountain. Sheer cliffs towering up, up, and up above you, a sheer deep, deep, deep drop into the abyss below, and a force 12 tempest raging around you. Has anyone been up a tall ladder on a windy day? You are terrified of falling AND you are petrified that all you can’t trust yourself not to simply step off. In the crux of this existential angst,with the clearest lucidity every fibre of your being will want to cling on to living –you know the meaning of your life!  WAIT! Crack a red bull and  launch yourself free.  Wing suit base jumping gives EXTREME meaning to living!

Great written material,use or role plays, props, floor space, jokes, and technical achievement of the challenge. More work required on the vocal delivery and passion to lift it up. Watch out that Porridge and Hitchhikers guide to the galaxy are neither too date or parochial for the audience. More care with structure and linking of ideas. Need to tighten up the timing slightly and avoid fumbling the props.

My thoughts. It comes down to practice I need to get the content settled down sooner to allow it to sink into my deep memory whilst I focus on the finesse of delivery. Its to easy to get hung up on the quality of content that one wings the delivery. That approach eventually becomes limiting

Spares Dump of research not used

“Yes. The first, the meaning of it all, is easily answered: the meaning is within, and it is without, and found when the two are one.”

I quickly grabbed a notebook out of my jacked pocket and scribbled down the phrase. “That’s amazing! I get it! And, the second question?”

“Yes, er, more difficult, why we are here. Well, I’m here because I don’t know the way out of these blasted mountains.”

Take ownership of you life -motivational

Be true to yourself

Everyone loves a social conformist….except themselves.

Other people are in your life by negotiations -they are optional, but you have to live with yourself always

If you can keep your head when all about you

Are losing theirs and blaming it on you,

If you can trust yourself when all men doubt you,

But make allowance for their doubting too;

Biding your time when you should be speaking up

The vicar said “I’ve chatted to your daughter at length and I can’t really fathom if she is doing good or evil, but she is not doing badly at all!”

If it is broken or you hate it then change it

“When you grow up you tend to get told the world is the way it is and you’re life is just to live your life inside the world.
Try not to bash into the walls too much. Try to have a nice family, have fun, save a little money.
That’s a very limited life.
Life can be much broader once you discover one simple fact: Everything around you that you call life was made up by people that were no smarter than you and you can change it, you can influence it, you can build your own things that other people can use.
Once you learn that, you’ll never be the same again.” Steve Jobs 1955-2011